Are you fond of undulating terrain? Do you want to experience the thrill of climbing some quiet roads just to experience the widescreen views? Are you hoping to see what beautiful scattered islands look like? All of these and some down-hill rides and magnificent blue waters are what South Dalmatia is capable of offering to you. 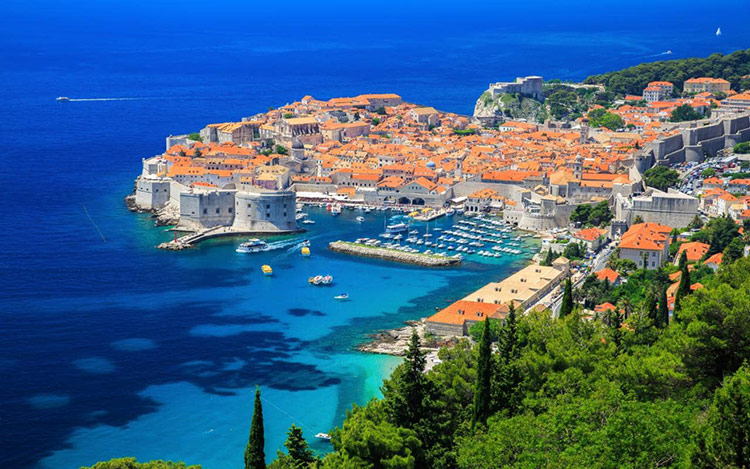 You can always go for an extra adventure, too. For starters, you should never forget the experience that you can get from river rafting on the Cetina River. But if you just want to take things easy, you can always go with more time relaxing on the deck. The twisting streets accompanied by some Renaissance squares of Dalmatia’s towns result in historic spots perfect for a unique evening drink. Of course, this can only be possible if you try the local wines.

Places to visit & things to do in South Dalmatia

Southern Dalmatia has a shining gem and it is none other than Dubrovnik. But hey, there are various other gorgeous places to include on your holiday lists, not to mention the many things to see and do apart from this part of Croatia. Some of the most famous destinations here include Ston, Cavtat, and Peljesac.

The Peljesac Peninsula, in particular, is famous for its vast wonderful wines. And mind you, most of these are hailed as Croatia’s top wines – and they all hail from this part of the country. One of the most pleasurable and satisfying things to do when you visit Southern Dalmatia is to go on a tour of some of its many local wineries!

As with some, if not all, Croatian coastal cities and towns, Southern Dalmatia’s Cavtat has a spree of summer events, which take place from June to September. These events are unlike any other, especially since it includes dance performances, street parties, concerts, and a whole lot more. Above all else, these events are free. Yes, that is right – you can join them without the worry of paying (just make sure you check locally for full details).

One of the events worth checking out is the 10th Film Food Festival Kinookus. This one is always celebrated on at the end of June annually. And each year, this highly celebrated festival offers a specific them and run.

Apart from documentary and/or film screenings, there are lots of workshops and talks – all built to magnify the festival to its peak. And oh, there are tons of gastronomic presentations as well!

Yet one location reasonably eclipses any form of discussion of Southern Dalmatia. And yes, it is none other than the magnificent old town of Dubrovnik. Surround by enormous defensive walls that are seemingly rooted in the cerulean sea, the city encapsulates the very essence of medieval Mediterranean fantasy.

It is not only unique but also bewitching thanks to its beauty. You also need to consider its settling sublime, which makes the town worthy of visits. As a matter of fact, thousands of tourists love to walk along its marble streets and they do not care if they do it every day. They just love to gaze and gasp at how beautiful these streets are. 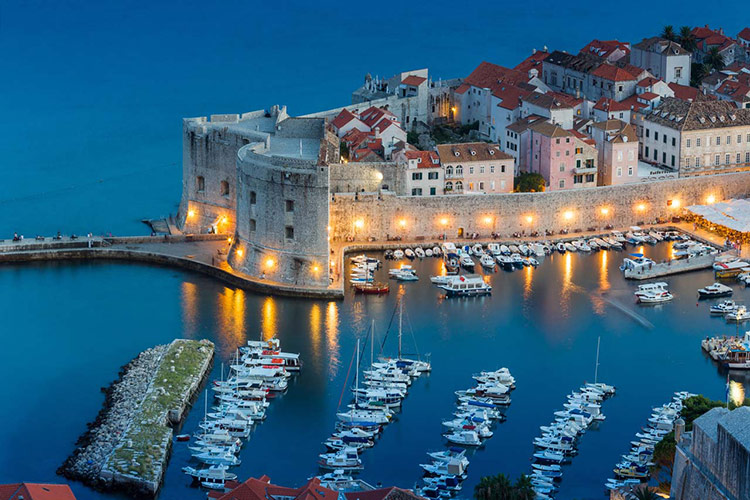 When the Old Town’s tourist scrum lurks to overwhelm, there is always this refreshing balm that can be reached through a quick boat. Heck, it is even bus ride away. It is to reinvigorate yourself on the shady paths offered by the beauty of Trsteno Arboretum. If this is not enough to cut it, perhaps the glorious wine and oysters of the sporadically populated Pelješac Peninsula can help you big time!

Dubrovnik’s proud and raging history dates back to the 6th century. In fact, there are plenty of reasons why the town is dubbed as “the pearl of Adriatic.” Basically, the Old Town suffered countless damages during the peak of the Croatian War of Independence, which took place from 1991 to 1995. Fortunately, the city was able to rise and managed to restore its glory back.

You should stroll along Stradun, which is not only a favorite promenade but also a popular meeting place. As for the main street going into the middle the town and straight from Pile to Ploče Gate, you should dare not to try walking along the stunning fortified walls of the city. It is among the best-preserved fortification developments in all of Europe. The 1940-meter long walls embrace a total of five forts and at least sixteen towers and bastions. In other words, you would need at least one hour to fully experience the length.

Interestingly, Dubrovnik is abundant with bars, cafés, and restaurants. There are even lots of fast food and fine dining. If you want to experience some top-notch dining, the “360 by Jeffrey Vella” restaurant at St Dominika Street is absolutely a must-try.

It comes with exclusive location and innovative food. If not, you can always go for a dip to a nice beach club and restaurant East-West at Banje Beach, which is also a place for some evening drinks and party.

Peljesac peninsula thrives in natural beauty, lovely sand, pebble beaches, seafood (i.e. oysters and shellfish), great red wine, and lots of historical sites. It is also a great place to enjoy and relax, giving you an opportunity to steer clear from a hustle and bustle.

These are qualities you can really expect in a typical touristy coastal town. Despite its popularity across the world, the town has remained quaint and tranquil. As a matter of fact, it still lacks massive hotels and huge crowds. That is why it remains a go-to place for people who are in search of relaxing holidays spent by the beach. 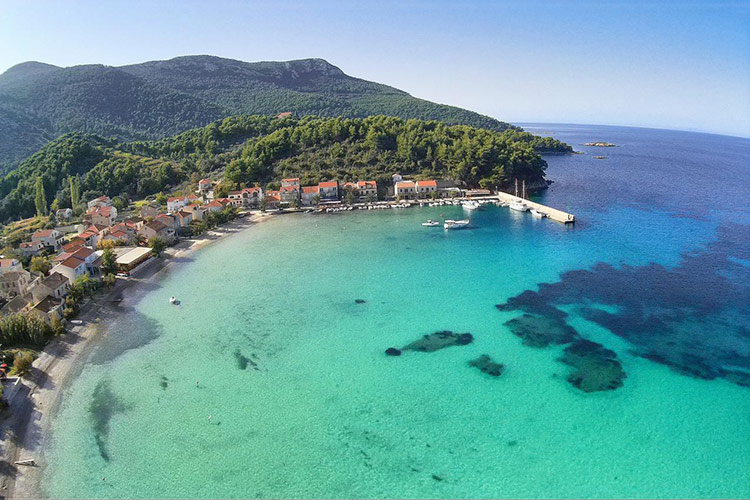 There are many things to do and visit in Peljesac. For starters, there is the Fortification Walls in Ston. It comes with a length of 5.5 km; these walls are deemed to be the longest fortification walls in all of Europe. They were built during the peak of the 14th century courtesy of the Dubrovnik Republic.

They were specifically erected with the purpose of protecting the town’s salt pans. It turns out that the value of salt during that time was, believe it or not, equal to that of gold.

Apart from the aforementioned, Peljesac is also highly celebrated for its vast seafood, with oysters and shellfish being the most popular.

There are lots of places where you can eat seafood, all of which are worthy of visiting. But if there is one that should really be part of your to-do list, it is none other than the Mali Ston.

In there, you will have the opportunity to eat at the likes of Bota-Sare, Kapetanova Kuca, and Villa Koruna. These places are deemed to be the most popular when it comes to restaurants. It should be noted, however, that they can be remarkably pricey. If you are on a tight budget, you might want to visit less touristy restaurants, such as Ficovic in Hodilje or the great tavern Bakus.

Majority of wineries are situated in the titular village of Potomje. This includes, but not limited to, like Milicic, Matusko, and Madirazza. If you are in for an excellent taste of red wine, it is highly recommended that you try Niko Bura and his sister Mare Mrgudic. They are the best, especially since the wine they make is top-notch.

They are definitely worth a stop at their winery in Potomje.

Just a couple of kilometers and you will find Milos winery. From there, the journey should be followed by Grgich Winery that is located in Trstenik. Frane Milos’ Stagnum is a great red wine, thus do your best to give his winery a try.

Ston, and its counterpart Mali Ston, beautifully situate themselves on the cape of land joining the Pelješac Peninsula all the way to the mainland. It is popularly called as a salt-producing town. Before its popularity, it became a significant military fort built for the purpose and use of the Ragusan Republic.

But when it comes to popularity, there is no other that can beat the like of the defensive walls. 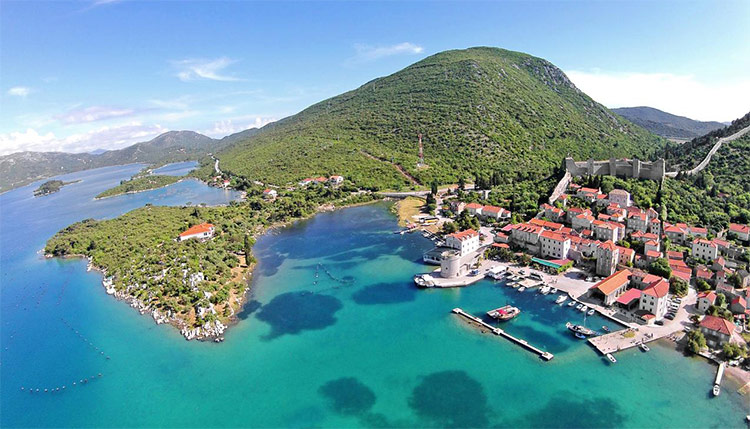 The 900-meter walls encircle the area for at least three miles; hence, it is deemed the second biggest across the world.

It is a title claimed following the rank acquired by the Great Wall of China. Regardless of its military history, Ston today is simply a small yet laid-back town popular for fishing. It prides itself with some of the best and dramatic views. You can think of the likes of olive groves, crumbling churches, and breath-taking coastline.

It is definitely a winner when it comes to visitors and/or tourists, especially since they are attracted to the superlative oyster farms. And mind you, these oysters are celebrated for being among the best in the planet.

When visiting Stone, it is also a crime not to enjoy its winery. A wine tour, in particular, is among the many must things to do on the peninsula. The first should be the Plavac Mali, which is basically a local red grape variety that covers 90 percent of all vineyards.

There are also other varieties, which cover the likes of Grk and Posip. Just make sure you follow the road signs, particularly the ones that read “wine roads,” so you can discover many of peninsula’s wineries.

Cavtat is arguably the most southerly resort of all in Croatia. It is beautifully located about 20 km south of Dubrovnik and around 22 km from the very border with Montenegro. Interestingly, it is an exceptionally pretty town, making it a perfect place to base tourists in if they are after the many signs and culture of the area.

Of course, it is even more perfect when trying to get away from the regular hustle and bustle. Fortunately, transportation between Dubrovnik and Cavtat is easy and accessible. 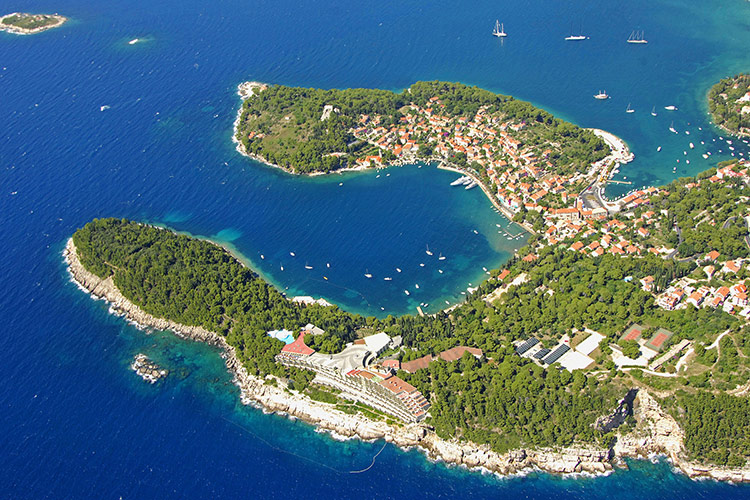 The House of Vlaho Bukovac is basically a museum, but it actually became an actual home at one point in the past. It was built as an homage to Vlaho Bukovac, a great Croatian painter born in Cavtat in 1855. He was known as a Well-travelled individual during his early years.

He jumpstarted his journey with an artistic career in Paris and soon became an important figure in the Croatian art scene during the late 19th century. Apart from viewing his works, you will also have the opportunity to take a look-see at some frescoes in the house painted by contemporary artists.

Cavtat is positioned in the region of Konavle, which offers a vast cultural history. Apart from embroidery and folk costumes, a lot of traditional dances have also become a significant feature in the region. These can all be witnessed in person in the village of Cilipi, but make sure you go there on Sunday mornings.

That way, you can see multiple locals in their traditional costume gathering together in the main square. They all will perform singing and dancing presentations.